Multimedia Award: Opening of internet votes from November 18 to December 5, 2011.

This conference is organised by Jean Paul GEROUARD (France 3) and presented by Sylvie DEPIERRE.

The Mediterranean Audiovisual Landscape face of the news events of Arab Spring in 2011. Excerpts from documentaries, analysis and debateswith the presence of witnesses, experts and professionals of the Mediterranean audiovisual sector.

The treatment of Arab revolts covers very different geographical areas. How reporters and filmmakers of the North Shore of the Mediterranean did they lived and covered these revolutions? The North is still a prisoner of his prejudices about the South? The western media were real actors in these uprisings?

The Arab Revolt had an immediate impact on the television in the countries concerned. How in North Africa and the Middle East, Algerian or Moroccan journalists and their colleagues  have covered these events with their own limitations of reference … This round table will gather their stories, share their hopes, and will report on the upheavals of the Arab media . 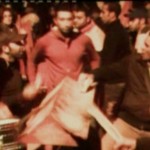 The emersion of international channels like Al Jazeira, Al Arabiya had already changed the media landscape of the Middle East and North Africa. During revoutions, the Egyptians and Tunisians were massively connected to the Internet, but also to the most popular international news channel (Arabic, French, and English). Which is the role of these trans-national medias? Have they given different readings of events? Have they contributed to the emersion of a new democratic requirement? 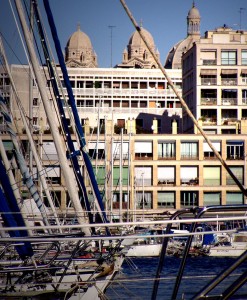