THE 22th EDITION OF PriMed

Le PriMed 2018 opens, as every year, with the special afternoon dedicated to the Public Award on Sunday, November 25th, at the auditorium G. Tillon, Mucem. 6 movies of the category “Short Mediterranean” are proposed to the vote of the spectators of the PriMed between 3 pm and 17 h. At the end of the projections, the public will vote for his favorite short film. Free entry.

All the free sessions and will be organized from November 27th till December 1st in the Library(Bookcase) Alcazar in the meeting room and the auditorium. Projections followed by a debate with the directors. 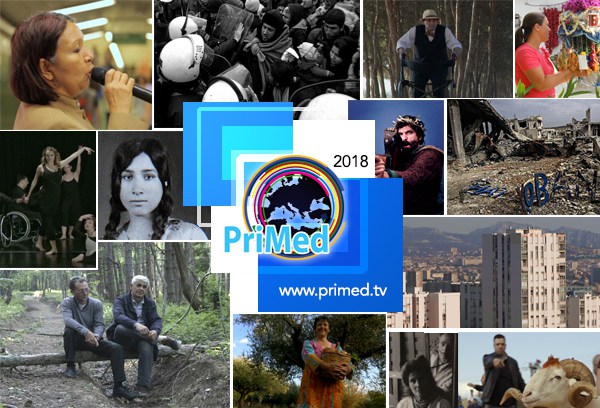 THE SELECTION 2018
All the selected films 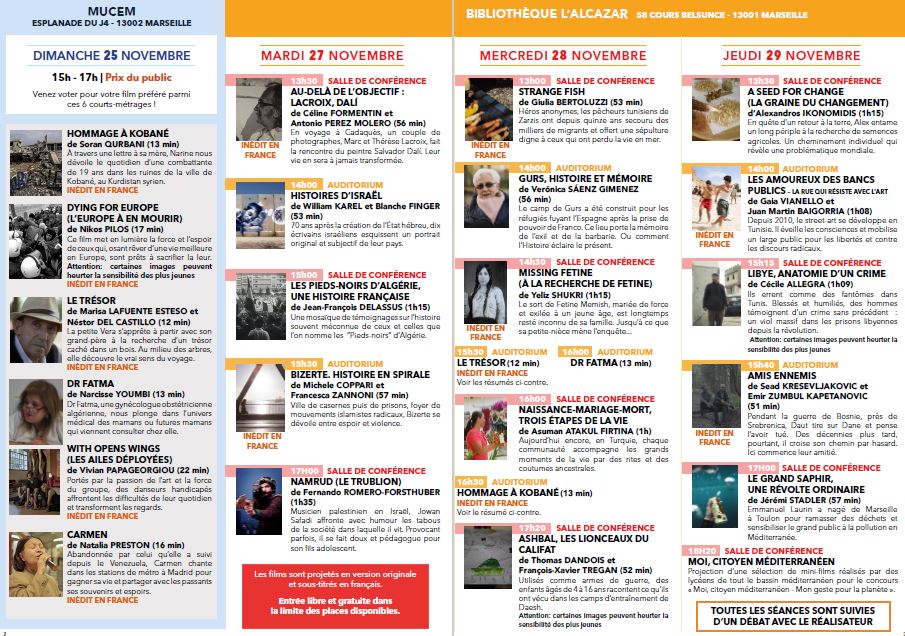 16h30, Cinéma le Prado. 34 directors of 25 selected movies will be present to discover the complete “palmarès” of the 22nd PriMed. The awards will be put presented by the members of the jury, the representatives of communities, and the partners of the festival. The ceremony will be presented by Priscilla REIG.
The musical animation will be proposed by Radio Babel
FREE ADMISSION

The projection and debate of the 22nd PriMed is booked for a public of high school students. This year, she is centred around the movie: you will be Swedish, my daughter of Claire BILLET and Olivier JOBARD Ahmad and Jihane, a couple of Syrian refugees, tell to them latest, Sally, the history of their exile in Sweden.

PriMed develops for several years an educational program in the Mediterranean euro citizenship through the image. 3 500 young students of the Mediterranean Sea are going to take part in the 22nd edition of PriMed through several actions.